I have two teenagers who are driving. My 16 year old daughter has her permit. My son is 19 and has been driving for a few years.

My method of initiating them to being behind the wheel was to take them to an empty parking lot on a Sunday morning and have them drive in reverse, only in reverse, for the first few days. They hated that. But when they got to go forward they realized there was method to my madness. If you have never been in the passenger seat with a teen who just got their driving permit I can tell you it is a terrifying experience. My daughter’s driving instructor told me it’s much easier for him, not just because he has nerves of steel, but because he has a brake in the passenger seat. He has installed a few of those into some of the parents’ cars of the kids that he’s teaching. He offered to put one in my Honda CRV, but I declined.

Teens know about the dangers of drinking and driving. They may not appreciate the dangers because they are teens, but they are told. 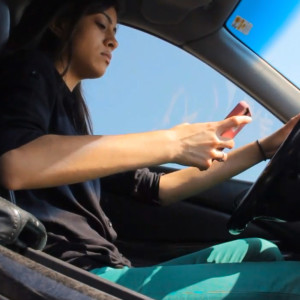 However,an equal if not greater danger to teens as drivers and as passengers in a car driven by another teen is cell phones. I insist that my daughter turn her phone off and put it in the trunk when she drives. I don’t make or receive calls when I’m driving or when I’m a passenger. I just turn the phone off. It’s simply too tempting to answer it. I hope my kids model my behavior.

In early April a twenty-two-year-old Pennsylvania driver pleaded no contest to homicide by vehicle and careless driving resulting in an unintentional death. He was sentenced to 10 to 23 months in York County Prison. I sent that story to my kids. I can only hope it sunk in.