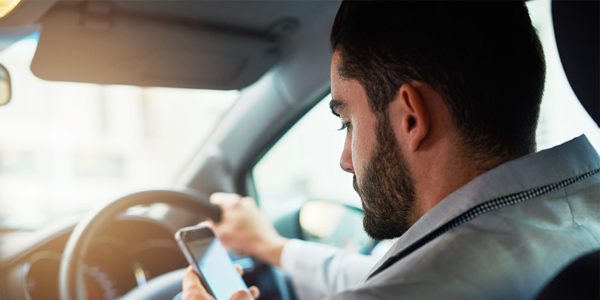 With a steady rise in cell phone related car accidents, distracted driving is becoming more and more of a hot button issue among legislators and drivers alike. On Tuesday December 13, 2011, the National Transportation Safety Board (NTSB) urged states to put forth efforts to ban all cell phone use among motor vehicle drivers.

We recently reported on NTSB’s push for cell phone bans among commercial truck drivers following a devastating trucking accident which claimed the lives of 11 people in Munford, Kentucky. But an August 5, 2010 four-vehicle crash which resulted in two deaths and 38 injuries has motivated the board to urge a ban on all non-emergency cell phone use for all drivers.

Although the NTSB does not have the authority to legislate, the board’s unanimous recommendation promises to spark much debate on the issue of distracted driving. Members of the NTSB are calling for a ban not only on the use of hand-held cell phones but on hands-free devices as well. NTSB member Robert Sumwalt is being widely quoted, by CNN for example, after referring to distracted driving as “the new DUI.”

The National Highway Traffic Safety Administration reports that the year 2010 saw 3,092 traffic fatalities due to distracted driving. Cell phone use—particularly texting while driving—is becoming an epidemic in America, one which requires immediate attention.

The problem: While more and more states are implementing bans on cell phone use in motor vehicles, the Insurance Institute for Highway Safety makes the claim that these bans result in little to no change in traffic crashes. Whether banned or not, many people will continue to use their cell phones while they drive. In response to this issue, many car manufacturers are developing new technologies which promise to make in-car communication safer and more productive.

The video below, provided by CNN, features Ford researcher Jim Buczkowski discussing the voice-activated Sync system. The goal for Sync and similar systems is to enable drivers to make phone calls while keeping their hands on the wheel and their eyes on the road.

More On Texting While Driving

I know that there’s a lot being written on this subject. I write as much as I can on the texting issue because it’s important to me. Here’s recent information. In the Lehigh County case of Commonwealth v. Steiner,(Lehigh Co. May 4, 2011), Judge James T. Anthony ruled that an Allentown City ordinance prohibiting the use of a cell phone while operating a motor vehicle was invalid because the Pennsylvania Legislature intended that motor vehicle regulations be uniform throughout the state and this ordinance would subject motorists to unreasonable inconsistencies contrary to the purpose of the Vehicle Code. Defendant’s motion to dismiss granted.

In this criminal matter, the defendant was charged with violating the ordinance for using a mobile phone while operating his vehicle. He was found guilty and appealed. Following the summary. He then of course through counsel, filed a motion to dismiss arguing that the ordinance was preempted by the Pennsylvania Vehicle Code.

After reviewing the law of preemption, Judge Anthony ruled that the Pennsylvania Legislature intended that motor vehicle regulation to be uniform throughout the state. For the ordinance at issue to be valid, there must be specific authorization in the Vehicle Code permitting the City of Allentown to enact such an ordinance.

It sounds like the lawyer in this case for the defendant did a good job in arguing his position. Unfortunately, the Pennsylvania Legislature is going to have to past uniform regulation prohibiting texting and driving. Otherwise there will be no real teeth to these ordinances throughout the state.

Why can’t that driver next to me stop texting while driving?

According to a recent University of Kansas research study, texting is like any addiction. The study was done by Paul Atchley, Ph.D. , an associate professor of Cognitive Psychology at the University of Kansas. Texting is a social behavior, and that desire to stay connected is extremely powerful because it taps directly into your brain’s reward system. You want that next hit, and that “bing” on your smartphone provides that next hit of social acceptance.

As of the present date, 34 states have banned texting while driving. But legislating the issue does not necessarily solve the problem. Therefore, as a motorist, it’s a good idea to learn to protect yourself on the highway. Other multicasting motorists give signals. Texting or otherwise distracted drivers generally:

The information provided by this site is meant for informational purpose alone. It should not be considered as legal advice on any matter. This website is not responsible for creating a lawyer-client relationship between the user and us.